My Personal Review of Unrest 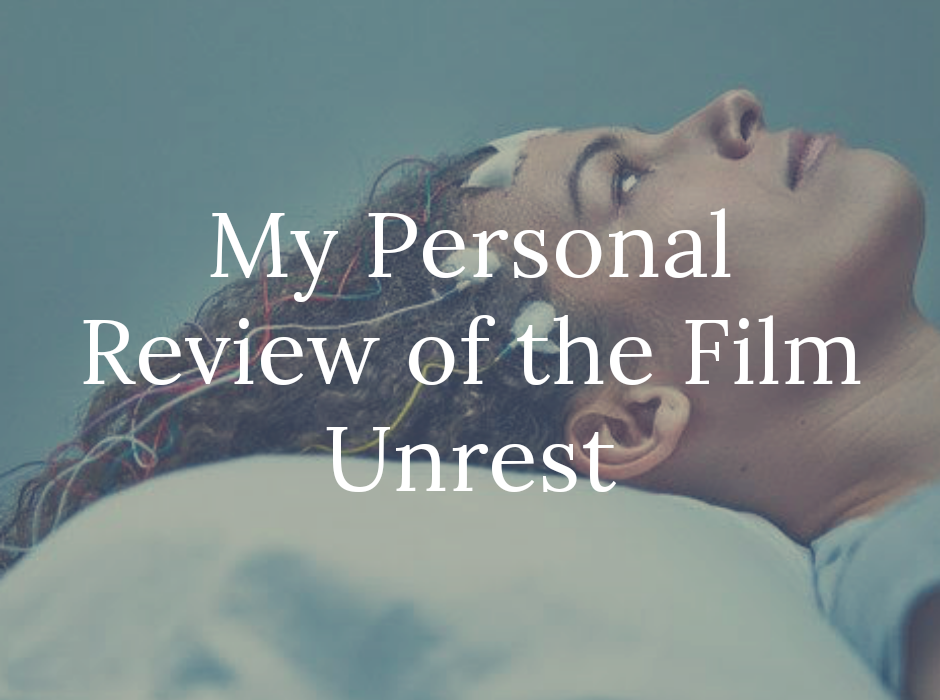 I have just watched the film Unrest. What an incredibly powerful and moving film. I’m not going to lie, it was very upsetting for me to watch, it’s like she’s telling my story. I have been through almost everything she documents in the film. Although my health is starting to improve, the memories of how bad I was 4 years ago are still very raw. Her thoughts were my thoughts ‘I really don’t want to die but it’s very hard to call this living’

Unrest tells the story of Jennifer Brea, and others like her (myself included), who are stricken with Chronic Fatigue Syndrome, or ME (Myalgic Encephalomyelitis). People suffer from ME to varying degrees. Some get better with time. Some are bedridden for years, their lives effectively stolen by an illness that is not fully understood, nor taken seriously by many medical professionals.

The film starts with some disquieting images, from home video footage which document the struggles faced by Jennifer. It then opens up to show other victims of the disease. She goes online in search of answers and stumbles across a whole community of people just like her, all with their own stories to tell about life with this debilitating illness.

Jennifer initially began filming to demonstrate the seriousness of her symptoms to her doctors, but the end result of her video diary is an incredibly moving and powerful work.
Unrest is visually stunning and it sympathetically tells the story of fellow ME sufferers. It strikes a perfect balance between the factual and the emotional. It acts as an educational tool and it should be compulsory viewing for all medical professionals. It discusses the pressure put on relationships and the lack of understanding from the medical world. But rather than being depressing it has a positive and empowering message. ‘We will not be ignored, we will not be forgotten. I am still here’

I urge everyone to watch Unrest especially if you know someone who suffers from ME. It will give you a greater understanding of what it’s like to live with ME and it may help you offer support to your loved ones. I know it can be frustrating caring for someone with a chronic illness as it’s hard to know how you can help but the most powerful words you can say to someone who has an invisible illness are ‘I believe you’

I would personally like to thank Jennifer Brea for turning the camera on herself at her most vulnerable time, it must have taken a lot of courage. Her bravery has given a voice to the ‘forgotten one’s’, trapped in their own living hell, in darkened rooms isolated from the rest of the world. Now it has been documented on film, I hope we, the ME community, will finally be believed and taken seriously. I feel hopeful for the future.