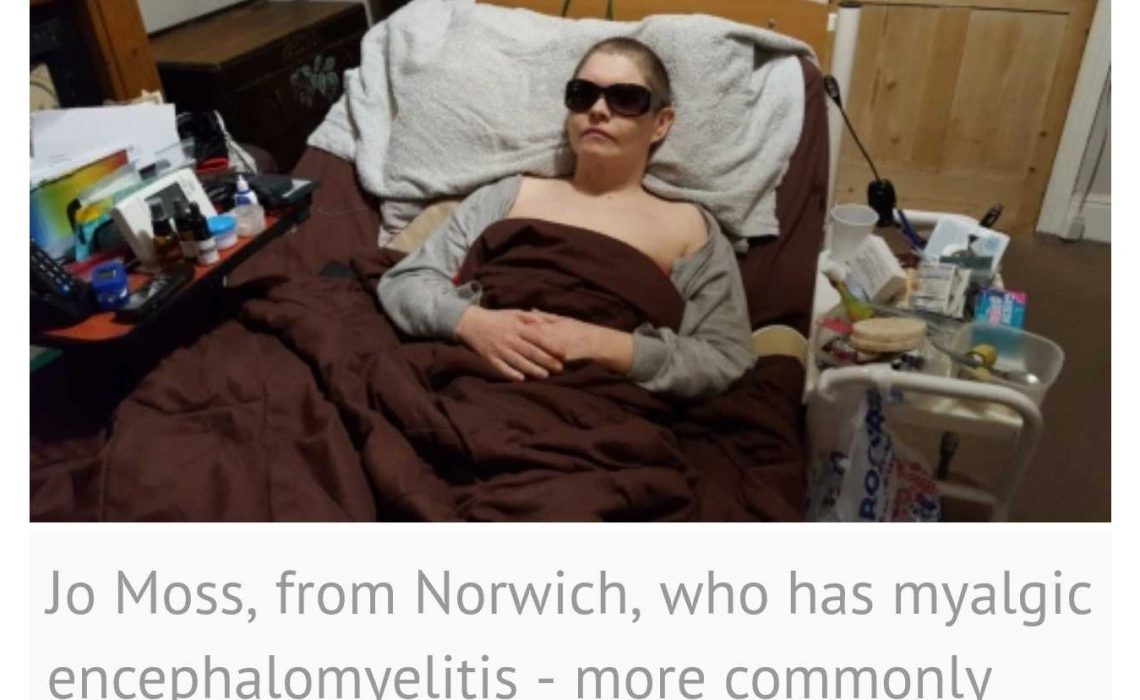 The following article appeared in the Eastern Daily Press (EDP) on the 6th May 2018. Written by Geraldine Scott.

Living from one darkened room, relying on carers for the most basic of needs.

That is the reality of every day life for one Norwich woman who suffers with a condition which is described by some as ‘living death’.

Jo Moss, 43, was diagnosed with myalgic encephalomyelitis – more commonly known as ME – 12 years ago and said it felt like she had been “missing behind closed curtains” ever since.

She said: “Like millions of others I live my life from one darkened room, I rely on carers for even my basic needs and I feel isolated from the outside world.”

It is estimated that around 250,000 in Britain are affected by ME, and for a large number the impact is life-changing.

The most common symptom is extreme tiredness. 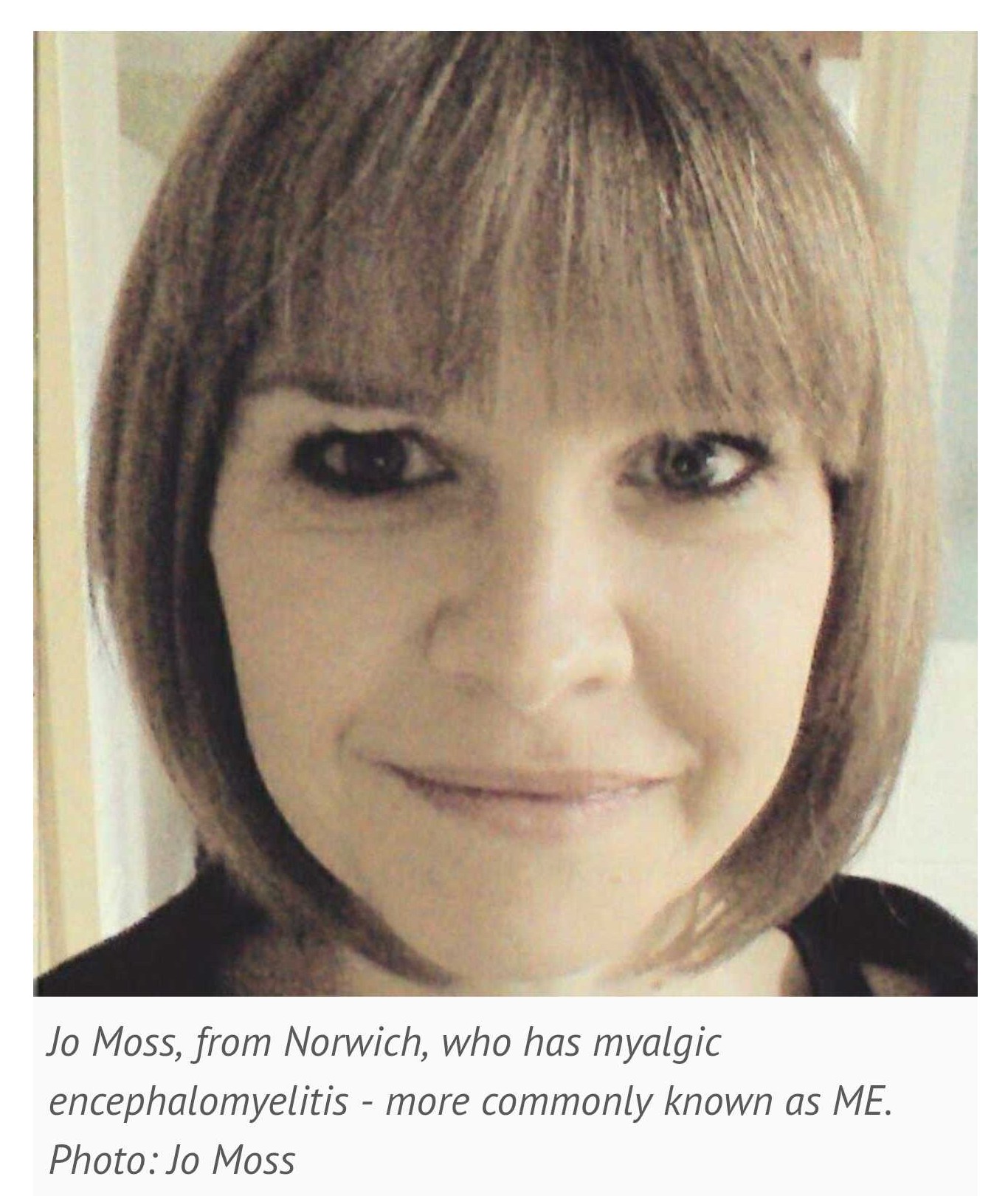 Mrs Moss said: “I had been ill for years before being diagnosed with ME. Every GP I visited, begging for help, blamed my poor physical health on depression and anxiety and just prescribed antidepressants or anti anxiety meds – I was even diagnosed with PTSD by one doctor.

“I was finally diagnosed in 2006 by a new GP who had just transferred from the local ME clinic to my doctors surgery. She was great and referred me to the clinic. She was very supportive but sadly, she left soon after.”

Mrs Moss, who worked in finance, said at the clinic she was taught pacing – how to balance activity and rest to help manage ME – and was given a course of cognitive behavioural therapy.

And they also wrote to her employer to explain what ME was.

“I was still mobile at the beginning but my health continued to deteriorate due to a lack of treatment and support,” she said.

“And stress was brought on by having my health benefits removed. I was assessed as 100pc fit to work at a time when I could barely function or care for myself. I had to appeal and go to tribunal, which took 18 months, it was so stressful and exhausting – it broke me. I have been virtually bed bound now for 5 years.”

She said subsequent doctors had not been as supportive.

“I had one doctor tell me ‘your fatigue is caused by over sleeping’ – apparently sleeping too much causes ME. I had another GP tell me ‘if you don’t get out of that bed soon, you are going to die in that bed – sooner rather than later’ – I sobbed for 2 days.”

“Before I became sick I had a very active social life. I’m a rock chick who loves live music, dancing, singing, laughing and drinking with friends. I miss this so much, I even have vivid dreams where I’m singing so loudly I wake up with palpitations. My subconscious mind still craves stimulation even if my physical body cannot tolerate it.”

Now, Mrs Moss has started a blog to reach out to others suffering but she said it was also an opportunity to regain her voice – especially next week, which is ME Awareness Week.

She added: “I have gone years without a voice, hidden away in a darkened room – forgotten, missing.”

A spokesman from the ME Association, said: “ME is real. It’s devastating. It leaves people, at best, struggling to work. At worst, it leaves them enduring a tortuous existence, a living death, where they are unable to take their place in society. The ME Association campaigns to make the UK a better place for people with ME.

“People are taking their lives because they cannot bear the torture this illness brings. This is a completely unacceptable situation for a disease costing the UK economy around £3.5billion in lost taxes, healthcare and benefit costs.

“There is no cure – and the longer it will take to find one unless funding dramatically increases.”