Celebrating body positivity does not equate to promoting obesity 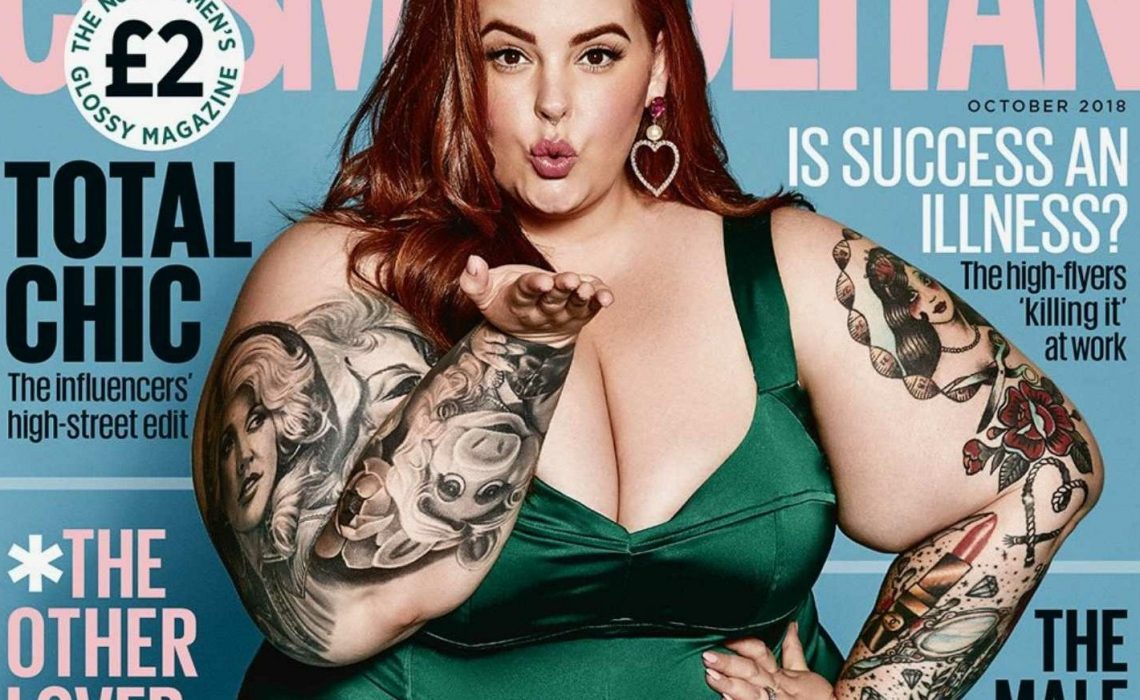 Tess Holliday, a popular plus size model who celebrates body positivity, is on the cover of October’s UK edition of Cosmopolitan. Tess posted on Twitter; “Phew, I’m literally a COSMO Girl!” accompanied by a beautiful photo and the message;

“If I saw a body like mine on this magazine when I was a young girl, it would have changed my life”

Phew, I’m literally a COSMO GIRL!! Can’t believe I’m saying that! 😭😭
Thank you @CosmopolitanUK for this incredible opportunity 🙏🏻 If I saw a body like mine on this magazine when I was a young girl, it would have changed my life 💕
Issue hits stands 8/31! 🎉🎉🎉🎉 pic.twitter.com/sBYWY7nEwZ

I stumbled upon Tess’s tweet while scrolling through my Twitter feed yesterday. My initial response was positive. Seeing her confident, beautiful self, tattoos and all, on the cover of UK Cosmopolitan was a welcome break from the usual sterile images that normally adorn such publications.

But then I made the mistake of scrolling through some of the thousands of comments, and I was reminded of the dark side of Twitter and of our judgemental society as a whole. Piers Morgan even waded in on the debate but I’m not going to that cretin any air time. Let me read a few of the comments to you:

“Great confidence but your BMI is unhealthy sis.”

“Fat isn’t beautiful by any objective standard. It’s unhealthy and nothing looks worse than an obese person.”

“Her clothing looks like reinforced material to hold her oozing body in, looks like a curtain covers her.”

“cosmo girl cause you have cosmic size?”

“There’s nothing attractive about morbid obesity.”

“Morbid obesity should not be praised.   Wtf has happened to our society that we applaud this?  This is not ok, this is a poor life choice just like any abuse.  To we praise drug addicts? Alcoholics? No. But we praise a person that is eating themselves to death????”

“Being rewarded for laziness. This world is a mess.”

“This is abhorrent and a clear promotion of obesity not beauty, unless this whole fat acceptance movement is to promote dying early as a secret way to weed out the gene pool, this is just ridiculous, obesity is not acceptance its laziess and lack of respect for yourself”

“I think I’m going to be sick”

“Girl you is fat”

“Being rewarded for laziness. This world is a mess”

“Fat is toxic and it’s deadly”

Firstly: Why do people think it’s ok to make such vile comments based purely on someone’s weight? If these comments were directed at someone’s colour or race there would be outrage. The fact that people have taken time out of their day to make these comments, saddens me, but doesn’t surprise me.

I was obese for many years and I lost count of the number of times total strangers felt it was appropriate to hurl abuse at me in the street, just because I was fat. Passing motorists even slowed down their cars and wound down their windows, just to verbally attack me. “Fat c*nt” seemed to be the most popular expletive, but there were many variations, although none were very creative.

I hadn’t done anything to aggravate these individuals. I hadn’t even made eye contact with them. But the impact of their words lasted years, and definitely contributed to me developing an eating disorder later in life. I became scared to leave the house, and on one occasion this abuse turned physical. The negative impact on my mental health was immense.

I also experienced a lot of bullying at school and in the workplace purely because of my size. Why are fat people seen as “fair game” when it comes to bullying and verbal abuse? Characters in films and on TV, who are overweight, are often ridiculed and the butt of all the jokes. Why is this accepted as ok in society?

Secondly: Celebrating body positivity does not equate to promoting obesity

It’s about celebrating diversity. It’s about accepting that as humans we come in all different shapes, sizes, colours, genders and whatever else makes us unique. It’s about ending body shaming and fat blaming. It’s about not discriminating against someone because of their size, or anything else about them for that matter.

The stick thin models, “photoshopped” within an inch of their lives’ who appear on the cover of most women’s magazines, do not represent society as a whole. These unrealistic and unattainable images are damaging to the mental health of many women. It’s only natural for us to compare ourselves to the images we are bombarded with on a daily basis. So why don’t these images represent all women in our society?

Acknowledging that beauty comes in different sizes in no way encourages people to become or remain obese. But I’m sure images, like this one of Tess, will have an positive impact on the mental health of the millions of women who struggle with their weight and self worth. Showing that you can be beautiful and confident, no matter what size you are is a message that should be embraced.

Yes, being obese can increase the risk of developing many serious health conditions. But let me tell you a “not-so-secret” secret; fat people already know this. You don’t need to constantly bombard them with this message, and why are you all of a sudden so concerned about the health of a total stranger?

Thankfully there many supportive comments amongst the trolls. These comments restored my faith in my fellow humans:

“Why don’t people start realizing the only thing she’s trying to promote is feeling comfortable in your own skin. Whether that’s while your on your journey to a healthier lifestyle or you think you’re living your best life already”

“Some of these are the grossest @ replies I’ve ever seen. This is an amazing cover, I’m happy for you. Live your life the way you see fit, you’ve only got one of em.”

“I don’t think people understand the message. It is more of the body positively than saying obesity is okay. They are telling people that loving yourself is key, and changing yourself for the better.”

“❤️❤️❤️Rockin that red hair and green suit combo & your tattoos are amazing. I love it! ❤️❤️❤️”

“You are making history girl! Thank you to show the real beauty!!!”

“You are such an inspiration! Beauty inside and out ❤️#lovetheskinyourein #beauty”

How did Tess respond?

Yesterday afternoon Tess responded to all the haters and negative, abusive comments. This was her tweet:

“To everyone saying I’m a burden to the British health care system, I’m american so you don’t have to worry about my fat ass. Worry about what horrible people you are by whining about how me being on the cover of a glossy magazine impacts your small minded life.”

To everyone saying I’m a burden to the British health care system, I’m american so you don’t have to worry about my fat ass. Worry about what horrible people you are by whining about how me being on the cover of a glossy magazine impacts your small minded life.

Body shaming and fat blaming are not OK

As a society, we need to stop body shaming and fat blaming. We need to teach people that it is not ok to abuse someone because they are overweight. Fat people are not “fair game” and should not be made to feel like less of a human just because of their size. Attacking someone’s self worth and damaging their mental health based on your own prejudices, is not ok.

That’s why I believe it’s important that the media portrays an array of body types and sizes. Diversity is important, and rather than promoting obesity it actually encourages a conversation about women’s health and positivity. 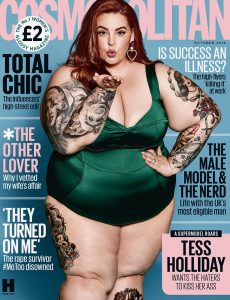 What are you thoughts on this subject? Should Tess Holliday be on the cover of a women’s beauty magazine? Have you experienced abuse directed at you because of your size?