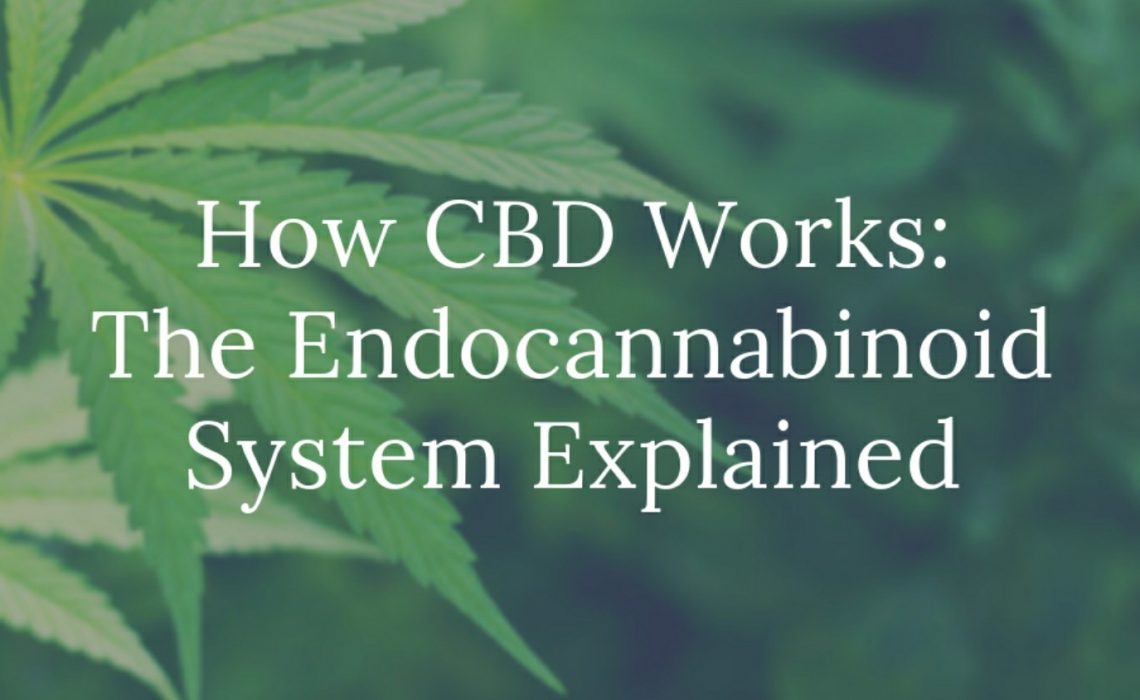 I’ve spoken in depth about my experiences with CBD oil and the positive impact it’s had on my health. But I wanted to start a new educational series about CBD, discussing how to works within the body and why it appears to be effective for so many conditions. I will also try to cover some of the most frequently asked questions about CBD like; is CBD safe?, is CBD legal in my country? and are there any side effects?

If you would like to read about my experiences with CBD please read My CBD Journey.

I would like to begin with introducing CBD and how it works within the body.

I will start by covering the basics for those of you that are completely new to CBD.

CBD is the abbreviation for cannabidiol, one of the many cannabinoids, or chemical compounds, found in cannabis and hemp. While beneficial for our health, CBD doesn’t have the psychoactive properties of it’s more famous cousin THC (Tetrahydrocannabinol). Even at high doses CBD will not get you high and it’s safe for all the family to use on a regular basis.

Unlike many of the 100+ cannabinoids that we are currently aware of, cannabidiol naturally occurs in significant quantities in cannabis, so it is easily extracted from the plant in the form of CBD oil.

While reading about CBD you may have come across the terms; cannabinoids, endocannabinoids and phytocannabinoids. I think it’s important to explain these terms before going any further.

Cannabinoids are a diverse class of chemical compounds that occur naturally in the human body and also in some plants, most notably, cannabis. These cannabinoids interact with receptors within our bodies own endocannabinoid system (ECS) to trigger various physiological actions. The ECS plays a essential role within the body and cannabinoids are vital for the ECS to function effectively.

When cannabinoids are produced within the body they are commonly called endocannabinoids, ‘Endo’ meaning ‘internal’ or ‘within’.

When cannabinoids are produced by plants they are often called phytocannabinoids, ‘Phyto’ meaning ‘of a plant’.

In the previous section I briefly touched on the endocannabinoid system (ECS). But I will now take a few moments to explain what it is and why a well functioning ECS is so important for our health.

The endocannabinoid system (ECS) is a wide-ranging natural network of cannabinoid receptors that affect virtually all functions throughout the body. The ECS was only discovered in the early 1990’s and it’s still rarely discussed, even in medical schools.

It has been described as ‘The supercomputer that regulates homeostasis in all mammals.’

The endocannabinoid system (ECS), which is found in all mammals, is tasked with regulating a wide array of the body’s functions like mood, appetite, sleep, hormone production, and even pain, stress and immune system responses. The endocannabinoid system (ECS) is regularly adjusting these functions in an effort to keep them in balance or homeostasis.

Homeostasis is the concept that most biological systems are actively regulated to maintain conditions within a narrow range. Our body doesn’t want its temperature to be too hot or too cold, blood sugar levels too high or too low, and so on. Conditions need to be just right for our cells to maintain optimum performance, and intricate mechanisms have evolved to draw them back to the “Goldilocks zone” if they move out. The body’s endocannabinoid system (ECS) is a vital molecular system for helping maintain homeostasis – it helps cells stay in their Goldilocks zone.

When an imbalance is detected, the body naturally produces endocannabinoids to interact with the cannabinoid receptors within the ECS, which in turn stimulate a chemical response that works to return the process that is out of balance back to homeostasis.

Unfortunately, numerous factors such as pollution, poor diet, stress and lack of exercise can lead to our bodies being unable to produce endocannabinoids and the ECS becomes deficient.

As you can see the endocannabinoid system controls many vital functions within the body and this enforces the importance of a “healthy” ECS. If any of these functions are disturbed then our health deteriorates. The sheer number of functions regulated by the ECS may also go some way to explain why CBD appears to be effective for so many health conditions.

The endocannabinoid system is a fascinating subject which you could write a whole book about. I have deliberately kept my description short and accessible, but if you would like to delve more deeply into this topic I would recommend the organisation and website Project CBD.

What is Clinical Endocannabinoid Deficiency (CED) ?

Interestingly, researchers believe that some illnesses may actually be caused by an underlying endocannabinoid deficiency.

The theory of clinical endocannabinoid deficiency suggests that in some cases the body doesn’t produce enough endocannabinoids or enough receptors for the endocannabinoid system to function properly. As a result, the many functions aren’t regulated properly and the body becomes unbalanced, allowing diseases to develop.

In particular, Russo argues that the theory could explain fibromyalgia, migraines, and irritable bowel syndrome. These illnesses are linked in that they all produce pain sensitivity as a symptom, and are also “comorbid” or tend to occur in the same people.

This theory is of particular interest to me as I suffer from all three of these conditions. It may also explain why I find CBD so beneficial.

While more research needs to be done before endocannabinoid deficiency can be proven, the theory could open the door for methods to prevent and manage certain conditions. Dr. Ethan Russo believes cannabinoids from cannabis plants like hemp are essential nutrients that can minimise illness by assisting the endocannabinoid system (ECS) and ensuring that it functions properly.

How can consuming CBD help?

Researchers have found evidence that supplementing with phytocannabinoids, such as CBD, could help the endocannabinoid system to function properly and lead to improved health. CBD may also prevent certain diseases from developing.

So, CBD and other cannabinoids found in cannabis can play an important role in maintaining our health. CBD oil can be seen in a similar way to other popular supplements like multivitamins. By adding CBD to your diet you can boost your body’s natural defenses and possibly prevent illness.

There is still so much to learn about the benefits of cannabinoids like CBD, and the role the endocannabinoid system plays within the body. Unfortunately research within this arena is still sorely lacking. But with the surge in popularity of cannabis-derived supplements, and the potential for growth and treatment options, it’s hoped that investments will be made into discovering more about this natural healing substance.

If you would like to find out more about CBD, or you have any specific questions you need answering, please head over to my Facebook page CBD Resource Centre