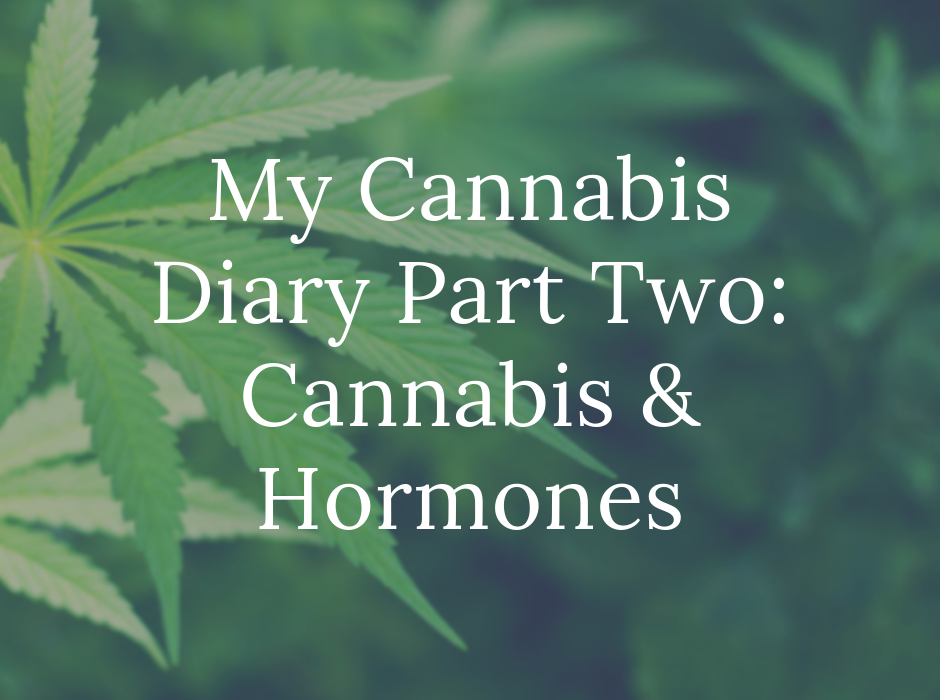 It’s been a while since I posted about my experiences with trying cannabis to treat my chronic pain, so I thought I would give you an update.

A few weeks ago I started taking cannabis oil as an experiment to see if it would be an effective treatment for my chronic pain. After playing around with dosing in the first few days, I settled on a microdosing plan, which was working well. The side effects I was experiencing were minimal and my health, including my pain levels, appeared to be improving. But it was too soon to ascertain whether this was due to the cannabis oil or whether it was a good week for me.

If you would like to read the introduction to my cannabis experiment in full, please read my article: What Happened When I Tried Cannabis to Treat My Chronic Pain?

So, what happened on week two of microdosing?

I ended my first week microdosing THC (and CBD), on a positive note. My body was tolerating the regular smaller doses of THC much better than the one larger dose per day.

However, something strange happened in the second week. Seemingly out of the blue the side effects I had been experiencing at the beginning of my experiment returned: nausea, feeling “wired but tired”, agitation and increased anxiety, on top of the increased appetite and thirst. Also my pain levels spiked.

I hadn’t changed my dosing or my routine, so at first I couldn’t figure out why my body decided to react this way: could it be due to a “buildup” of THC in my system?, or was it caused by something else?

I got my answer a few days laters, when I started my period. It seems the spike in my hormone levels affected my sensitivity to THC, but why would this occur? Is it common for oestrogen levels to affect sensitivity or is it just me? Before I try to answer these questions I wanted to first explain how hormone fluctuations affect my health in general.

How my body normally reacts to oestrogen

My hormones affect every aspect of my health. They cause increased pain, fatigue, anxiety, IBS symptoms and migraines. But the biggest change around my period is increased hypersensitivity. I suddenly become intolerant to foods, medication, chemicals and fragrances that my body is “happy” with other times of the month. So it’s not surprising that I also became more sensitive to THC.

But could the THC be interacting with my hormones? Could the THC be affecting my menstrual cycle? Could my hormones be amplifying the effects of THC? Is there any science behind this? I decided to investigate. This is what I discovered;

In general, women are more strongly affected by cannabis than men. For most cannabis behaviours, females are more sensitive. And sometimes it’s for the better. For instance, cannabinoids may contribute to better pain relief in women than men. But in other cases, it can have stronger negative consequences in the form of increased anxiety or depression from too much THC consumption.

Cannabis and the hormone oestrogen

The endocannabinoid system (ECS) has many functions within the body, including regulating hormone response. So it is no surprise that cannabinoids might, if we follow the logic, also affect oestrogen levels.

The research I have done up-until-now with regards to the endocannabinoid system’s function and hormones, is with its ability to reduce potentially harmful levels of the stress hormone cortisol. So I was intrigued to find out the role sex hormones like oestrogen play within this system. But more importantly, with regards to my experiment, I wanted to find out; do oestrogen levels affect sensitivity to psychoactive cannabinoids like THC? Can hormones increase the “high” and other side effects associated with THC?

Women and men have different levels of sex hormones, and it appears these sex hormones do interact with the endocannabinoid system (ECS) to influence the strength of cannabis’ effect. The hormone of particular interest here is oestrogen, and women have higher oestrogen levels than men, and these levels fluctuate throughout the reproductive cycle.

THC’s effects are strongest when oestrogen levels are high

Research suggests that, in many brain regions, the number of CB1 receptors in the ECS fluctuates with the amount of oestrogen in the brain. Oestrogen also increases the amount of the endocannabinoid, anandamide, thereby elevating the strength of the endocannabinoid system (ECS). Consistent with this, research shows that THC’s effects are strongest when oestrogen levels are high.

A study conducted by Professor Rebecca Craft of Washington State University confirms that the female body absorbs cannabis differently depending on oestrogen levels. The result is an apparent spike in drug sensitivity right when females are ovulating.

But interestingly, over the ten day experiment, the cannabis failed to disrupt the female rats’ reproductive cycles. It would appear that hormone levels determine cannabis’ potency for women, not the other way around.

These studies appear to suggest that oestrogen can in fact affect how a woman’s body interacts with cannabinoids within cannabis, something which my own experience confirms. Considering the huge impact oestrogen has on the female body, and the myriad of changes that occur during the female reproductive cycle, it’s not surprising these changes could affect a woman’s sensitivity to cannabinoids like THC.

So, back to my initial questions; Do oestrogen levels affect sensitivity to psychoactive cannabinoids like THC? And can hormones increase the “high” and other side effects associated with THC? The answer appears to be yes. Although there is much research needed in this area, current studies suggest oestrogen levels can affect the “high” associated with THC, and may also increase the effectiveness of cannabis in treating symptoms like pain.

So, I was forced to reduce my cannabis dose

So, with this knowledge in-hand, and the  increased negative side effects I was experiencing, I had no choice but to cut back on my cannabis oil dose for a while. It’s a shame this was needed because my pain levels were also a lot higher. I’m hoping that, after another few weeks on THC, my hormonal body will not react this way – but only time will tell.

Of course, some of the symptoms that I initially attributed to THC side effects, like heightened anxiety and an agitated state, may actually just be an increase in my “normal” symptoms due to being hormonal. As most women reading this will agree, we can become more agitated when we are hormonal, especially on the run up to our periods. I personally suffer quite badly with PMT and an increase in pain levels.

Whatever the cause, I personally find it fascinating observing and documenting how my body responds to cannabis.

Another thing I have discovered is that, if I eat shortly after taking THC, the effects from the THC are more noticeable than if I don’t eat. This may be because THC, and CBD, are fat-soluble cannabinoids, meaning they break down and are stored in fat rather than water. So consuming foods containing fatty acids creates a strong binding agent for the cannabinoids, meaning they are efficiently absorbed into the bloodstream, helping the body absorb the THC.

Following a two week break from cannabis I returned to my initial microdosing plan. I did take some cannabis oil during this period, but I was unable to take a consistent dose because I had no idea how my body was going to react day-to-day.

Unfortunately, with the onset of colder weather my pain levels have flared, meaning I am more eager than ever to get back to my cannabis oil experiment. I’m hoping, by the time my hormones kick-in again next month, my body will have built up a tolerance – but I guess I will just have to wait and see.